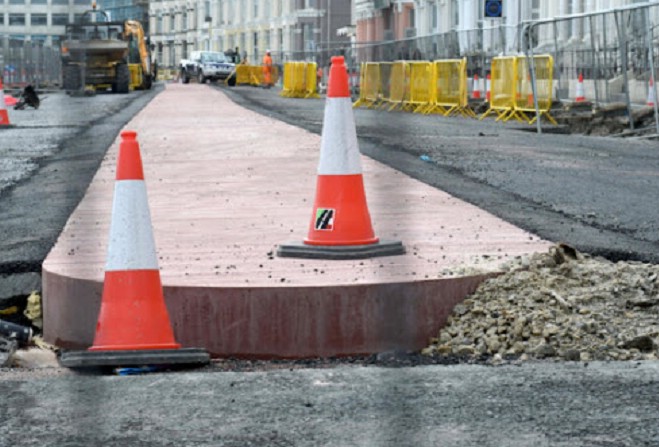 Significant changes to the roads on Douglas Promenade are coming in today but a number of crucial elements have been delayed.

The final stage of works on the stretch, including resurfacing of the area, is being carried out.

Temporary traffic lights are being put in place on Loch Promenade and parking on the prom walkway is being closed off.

From tomorrow, parking on Loch Promenade itself will be reinstated on both sides of the stretch.

Meanwhile, contractor Auldyn Construction is facing issues with the final surfacing which means there will be a delay to extra traffic management measures.

This includes the reversal of Walpole Avenue, additional traffic lights and the opening of the two roundels.

Once these alterations come in, however, the Broadway junction will fully reopen whilst Church Road Marina will open for vehicles exiting the promenade.

Meanwhile, vehicle access for ferries will be via Bath Place and Peveril Square, and other traffic, including foot passenger drop-offs at the sea terminal, will be via Victoria Street.

They say there will be uninterrupted two-way traffic there alongside the working areas.

Access to side lines and apartment blocks in that area will be maintained.

But there will be exceptions to this when the final course is laid where access will be restricted during short periods.

But, it's said these restrictions will be announced once they're confirmed.

Meanwhile, officials say all the changes mean the contractor will be able to complete the scheme on time but also keep traffic moving and maintaining access for residents and businesses on the stretch.