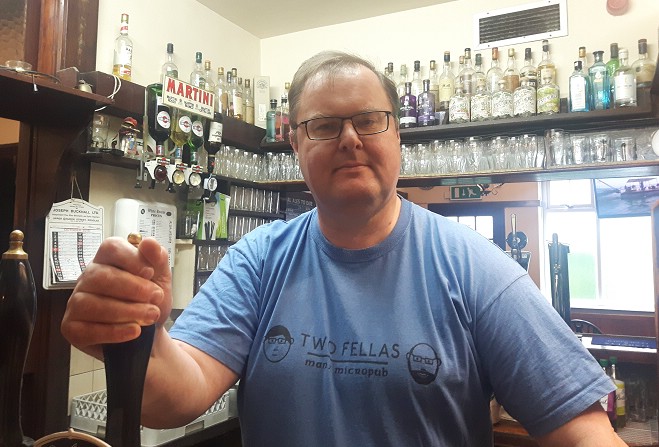 Landlords unable to share mugshots and addresses of troublemakers

Laws restricting data sharing are preventing pub landlords on the Isle of Man from banning troublemakers under the Pubwatch scheme.

That's according to Charles Miller from the Two Fellas Micropub and the Whitehouse in Peel.

The scheme, which has been in use Island-wide since 2009, means anyone barred from one pub is also banned from all other licensed premises in the area.

With GDPR legislation now limiting the distribution of mugshots and addresses among landlords, Mr Miller has welcomed news that a law change could be on the way next year:

In response, the Department of Home Affairs told Manx Radio:

'Isle of Man Pub Watch has proved to be an effective tool in upholding standards of acceptable behaviour in licensed premises since 2002 and has won wide support from licensees. The scheme has promoted the effective barring of individuals from licensed premises, in the interests of customers and the wider public.

'An issue has arisen in relation to circulation of information under the Pub Watch scheme, and a resolution to this is being formulated by the Department and the Constabulary in conjunction with Pub Watch.

'In the meantime, measures will continue to be taken against those who misbehave on licenced premises. Those banned under Pub Watch have in the past avoided a court case and a potential criminal record – and this route has long been supported by the industry and Police. However, criminal proceedings leading to a court order banning an individual from licenced premises will continue to remain an option for the authorities, where they are notified of incidents in the Island’s pubs, clubs and bars.'