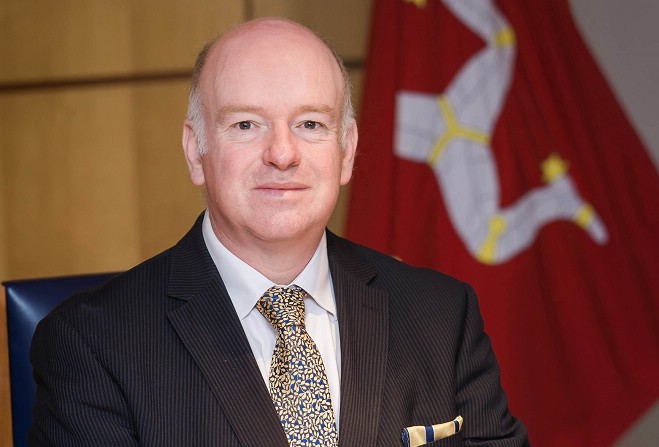 CM one of three Manx residents being recognised

The Island's chief minister will be one of three Manx residents to be recognised in the Queen's Birthday Honours List this year.

Howard Quayle is to receive a CBE (Commander of the Order of the British Empire) for services to the people of the Isle of Man.

He's been praised for his handling of the Covid-19 pandemic, as well as for 'keeping close ties' with the UK government during Brexit negotiations.

Meanwhile, Christopher Sharpe founded the Manx Bird Atlas charity - which later converted to Manx Birdlife - over 25 years ago before publishing the first bird atlas in the world at its level of scientific detail

He's to be awarded with an MBE (Member of the Order of the British Empire) for services to Isle of Man ornithology.

Also, Joan Marilyn Cannell is being honoured with a BEM (British Empire Medal) for her long service to the community of Kirk Michael as well as the whole Island - she's also been a supporter of local music with over 50 years of involvement with the Guild.

Mrs Cannell was also a long-serving contributor to Manx Radio's Thought for the Day and Just a Minute features.