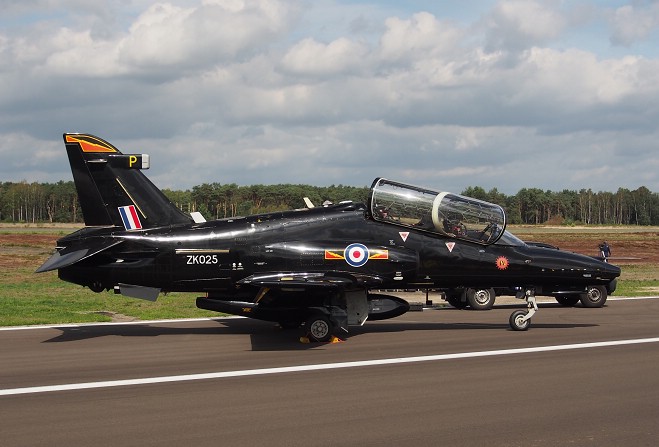 Hawk T2 returned safely to base

An RAF aircraft declared a minor emergency yesterday, when it was flying north of the Isle of Man.

According to Welsh publication the Daily Post, the Hawk T2 aircraft was carrying out training exercises near the Dumfries and Galloway coast when it encountered technical problems.

The pilot sent out a mayday distress radio call, before turning south to return to base in the RAF Valley in Anglesey.

Concerns were raised when the online radar tracking site showed the aircraft  disappeared suddenly, after circling at 2,000 feet to the west of South Stack.

After flying 9,000 feet above the Island, the aircraft carried out a series of manoeuvres and landed safely at its airfield base just before 3.30pm.

The Hawk T2 is the latest model of training aircraft, and has been sold to 18 air forces around the world, with more than 900 built.

The earlier version, the Hawk T1, is also used by the RAF’s top aerobatics team the Red Arrows who have put on displays above the Isle of Man during TT Week in recent years.