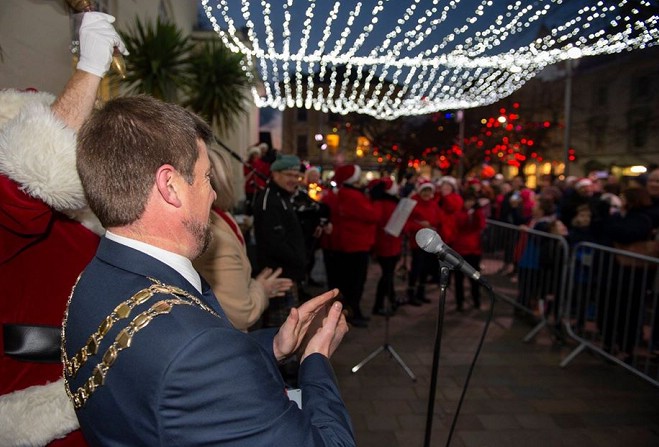 A local authority has spent £26,000 updating its Christmas lights ahead of this year's switch on.

Ramsey Town Commissioners have invested in new equipment, which will be switched on for the first time this weekend.

The figure is in addition to the cost of putting on the annual ceremony.

Steven Bevan explains why it was the right time to make the purchase:

Towns and villages across the Island will be lighting up their festive decorations for the first time in the coming days and weeks.

The ceremonies often attract large crowds, which can be a boost for local retailers.

Douglas has its lights switch on this evening, with a focus nearer the harbour. Instead of being centred outside the Town Hall, the action will be centred on North Quay.

So many people collect to see the switch on that its location has been changed this year, with no access for vehicles on certain roads.

Preparations have already started in the area but these closures include North Quay along to Queen Street. That's now closed until 7am tomorrow.

From 2pm today until 8pm, Ridgeway Street, between Lord Street and North Quay will be closed to vehicles.

From 5pm until 10pm and on Thursdays up to Christmas, and on Saturdays and Sundays, there's free parking in Shaw's Brow and the Bottleneck carpark.

Mayor of Douglas, Jon Joughin will do the switching on at 7pm this evening. The cast of Peter Pan will also be performing.