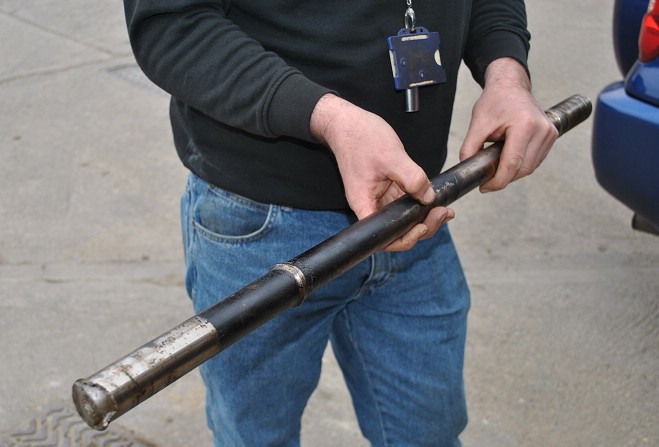 The Steam Packet says specialist engineers fast-tracked repairs to the Ben my Chree's engine, to ensure she was back in service last night (10 April).

One of the vessel's two engines failed in Heysham on Sunday night after a cylinder head securing stud failed, creating long delays for passengers.

Instead of drilling-out the one metre stud - said to be time-consuming and labour intensive - it was removed using a 'relatively new' and much quicker process known as spark erosion.

The work was carried out by specialist marine contractor Foretract Engineering, who sent staff to the Island to assist.

The repair was completed in Douglas in time for the Ben to depart on her Monday evening sailing to Heysham at 8.14pm, less than 30 minutes behind schedule.

A new piston and cylinder liner were also fitted, the engine refilled with coolant and engine trials carried out in the harbour.