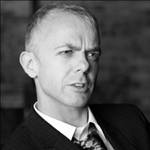 A survey has found nearly half the people living in the Isle of Man have some sympathy for racist views.

The study was undertaken as research for two recent programmes on Manx Radio which examined the Island's attitudes towards the issue.

Five per cent of the 325 respondents declared themselves to be racist, while 43 per cent had sympathy towards racism.

However, it also appeared most people felt immigration to the Island had been of benefit, and over 60 per cent of respondents thought it would probably benefit from being more ethnically and culturally diverse.

Freelance journalist ffinlo Costain, who conducted the research, says he came across comments on some web pages originating in the Isle of Man which contained 'straightforward incitement to racial hatred', and that spurred him to investigate further.

Mr Costain concludes the Isle of Man has made little effort to ensure a safe, welcoming environment for non-white people, despite the growing number of Manx citizens in that group.