Return lane to be added to Douglas promenade 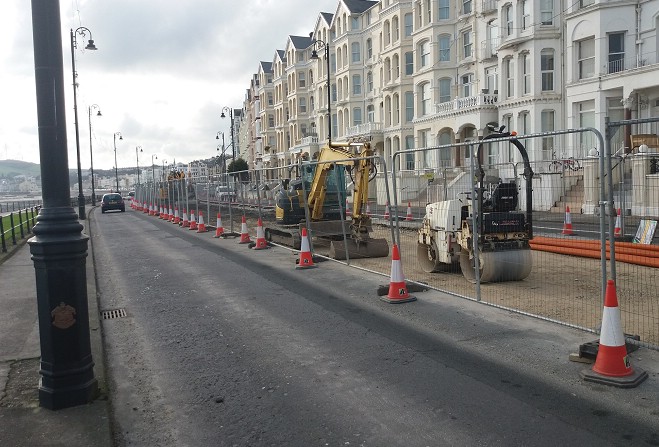 Measure being introduced to assist businesses in the area

A return lane is to be added to a section of Douglas promenade next week, to allow northbound traffic to return south along the walkway.

Running from the access point used for walkway parking at Christmas through to the Sea Terminal, cars will be able to return alongside the Sea Wall in a fully coned segregated area,  leaving over ten metres of width for other users.

The measure is being implemented to help businesses in the area with deliveries and allow customers to be dropped off or picked up by car or taxi.

Infrastructure Minister Tim Baker said: 'The return lane will help residents and businesses at the south end of the Prom; those at the north end can use Empress Drive or Port Jack to return south.

Meanwhile we are retaining most of the walkway for use by pedestrians, cyclists and, if necessary, the emergency services.

We announced the changes to Marina Road and Summerhill in early June and have plenty of time to install the return lane next week so it is ready when the closures take place later this month.'