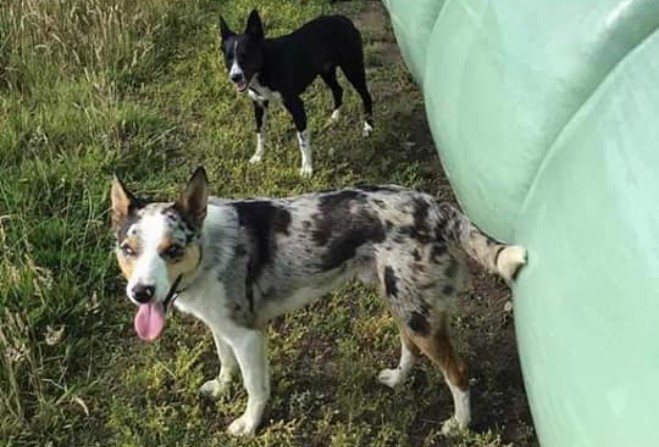 Have you seen Merle and Kipper?

People in the north of the Isle of Man are being urged to help reunite a family with their two dogs which went missing on Friday.

Brother and sister Merle and Kipper disappeared from a farm on Nassau Road, in Bride, at around 5pm on 1 July.

They haven’t returned home since.

A Facebook page has been set up to share information about the appeal and a reward is now being offered for information which leads to their safe return.

Kipper is described as black with white markings including four white ‘socks’ one of which goes up to her knee.

Merle is described as having distinctive markings and different coloured eyes.

Owner Jenny Cannan says their disappearance is ‘very out of character’ and has thanked members of the public who’ve searched for the family’s pets so far.

She told Tessa Hawley that the family is devastated and just needs answers:

People can also contact the Northern Neighbourhood Policing Team which has confirmed it’s assisting with the investigation. 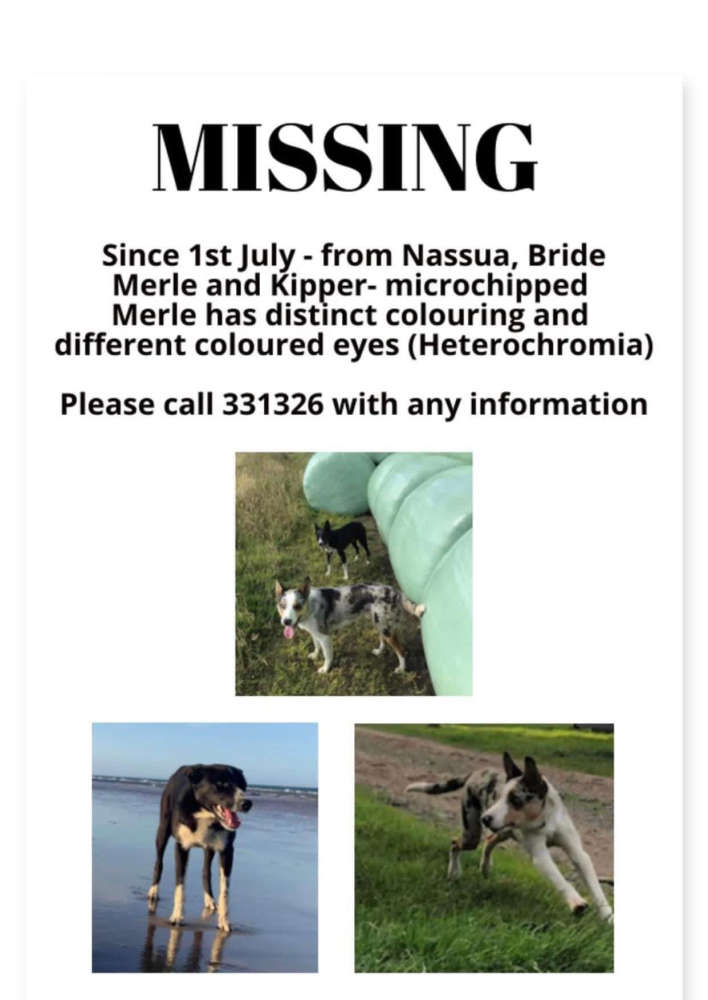