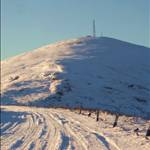 The following roads are still closed:

The Emergency Services have co-ordinated a response plan to identify people who may be vulnerable due to the weather conditions or the fact they have no power.

Travel wise, Ronaldsway has opened on time as normal, although passengers are advised to check with their airlines regarding UK/Irish airport conditions.

Most bus services are running as normal with the exception of Birch Hill and Willaston services, that’s because in some cases only one side of roads are clear and vehicles are parked on the roadside.

Willaston is now being served on departures from Lord Street, although Snaefell Road is not yet accessible.

Also the services from the Business Park to Foxdale – Peel – and Niarbyl are still not running.

Route 5 operating as normal between Douglas and QEII School, Peel and returning to Douglas only.

Route 6 is operating as normally from Douglas to QEII School via the Hope – returning the same way.

Route 4 is operating to and from the Business Park from Douglas only.


The normal Steam and Electric Railway timetables will resume this morning.

Police are again asking any motorists who have abandoned their vehicles to make an attempt to recover them.