Roundel can be part of Island's 'beating heart', says Baker 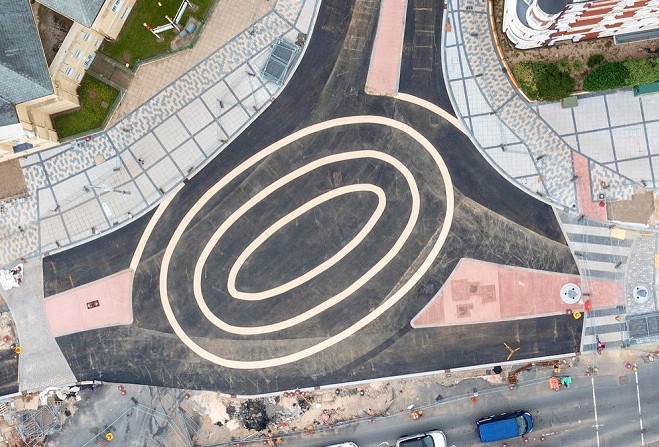 A controversial roundel at the bottom of Broadway will help make Douglas promenade the 'beating heart of the Island'.

The infrastructure minister made the comment after pictures of the oval design attracted thousands of comments online.

Tim Baker says he has confidence motorists will adapt to the new layout, which works the same as a normal roundabout.

He told Local Democracy Reporter Chris Cave it reflects the changing nature of the promenade.

"It's going to take a little bit of time for people to get used to it", Mr Baker said.

"It is an innovative design which reflects the fact that there's such a breadth of vehicles going to be using the promenade because it's a multi-use piece of highway."

"The relationship between the cars and people is going to change and it's going to be a lower speed environment.

"Hopefully, as designed, this will contribute to that changing environment and will really be part of the prom being the real beating heart of Douglas and the Isle of Man in the future."

The design has split opinion on social media and the story has been picked up by a number of media outlets around the world, including The Sun, the Daily Mail, LADBible, and American platform Fox News.

Concerns have been raised about the road markings and whether confusion over the roundel would lead to road traffic collisions.

However, Mr Baker says motorists will soon become familiar without how the new set-up works.

He continued: "Of course any confusion is not going to be helpful [but] wherever they are driving people need to take care and be aware of those people around them.

"I'm confident that the drivers of the Isle of Man will adapt and whilst it seems a bit scary at the moment it will soon become something that people find as part of their journey."

The roundel is part of the wider refurbishment of Douglas promenade, which is expected to be completed by the end of August this year.