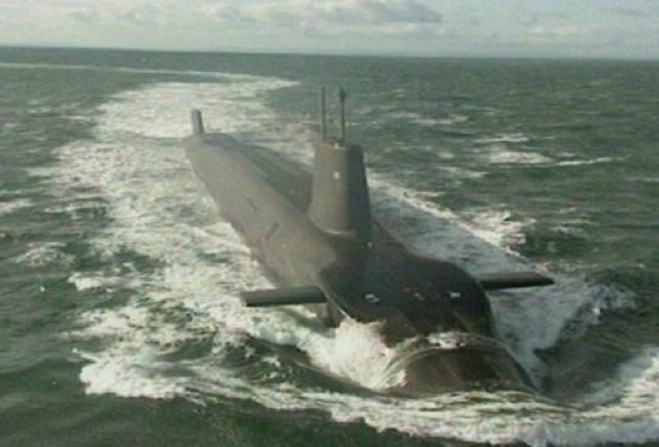 An investigation has concluded the Royal Navy endangered the lives of fishermen in Manx waters last April.

It was ordered after a submarine snagged the nets of the Karen, and dragged the Northern Ireland-based vessel backwards at speeds of up to seven knots.

The report by the UK's Marine Accident Investigation Branch found the submarine crew didn't follow proper guidelines when they encountered the fishing boat off the Calf of Man.

After the incident, the Navy insisted no UK or NATO submarine was within 50 nautical miles of thhe accident. The MAIB's initial report nonetheless concluded the Karen had been dragged backwards by a submarine.

Later, the Navy admitted a UK sub had collided with the vessel's fishing gear - and the investigation reopened.

Its final report concludes the collision happened because the submarine's sonar misidentified the Karen as a merchant ship and not a fishing vessel.

Its operators were 'overloaded', picking up noise from 36 other vessels in a 10 mile radius, with trawl noise masked by 'extremely high' overall noise levels.

The repport says the submarine was operating beyond its capability leading to 'degraded situational awareness and poor decision-making'.

The command team did not follow standard procedures for fishing vessel avoidance, despite predictable fishing activity levels, which the report says made the Irish Sea impassable to a deep submarine.

The sub is thought to have caught the Karen's two trawl warps, and while one ran freely away, the other became stuck in its winch.

As Karen was dragged backwards, it became taut and broke, as her crew prepard to launch a lifeboat.

The report says if the port warp hadn't snapped, Karen's crew would not have had time to abandon ship. The vessel would have been partially submerged, then capsized and dragged underwater.

The submarine's commanding officer wasn't aware of the accident until three hours later - when he pressed on with his passage, failing to report the collision.

The report recommends the Royal Navy reviews its procedures and training on fishing vessel avoidance, and ensure accidents do not go unreported.

The Navy's also been told to assure UK defence ministers all necessary actions have been taken to avoid the same potential catastrophe happening again.