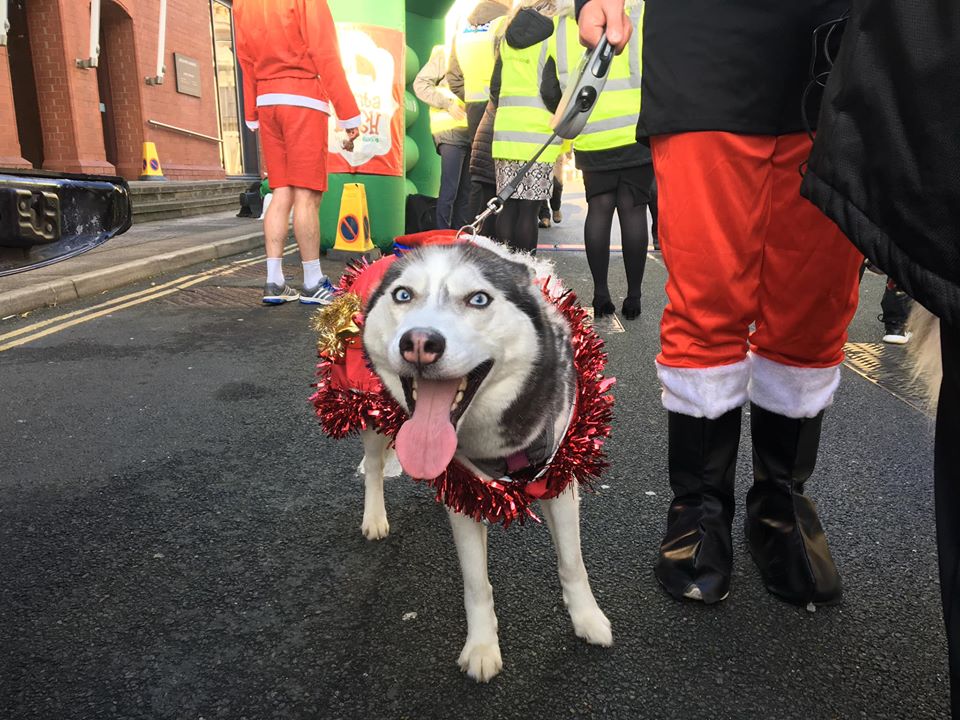 Hundreds of residents filled the streets with festive cheer

The Isle of Man Bank's charity Santa Dash took place this lunch time in Douglas, with around 250 people participating in the race.

The course started on Prospect Hill and finished on Finch Road, measuring just under one mile in length.

A variety of festive fancy dress could be seen, including Santas, snowmen, elves and even the makings of a Christmas dinner.

Many runners were taking part to raise money for local charities, with one group of volunteers from Isle of Play 'flying' a homemade sleigh dressed as Santa's reindeer.

Three-year-old Siberian Husky Luna and six-year-old Rough Collie Windsor from the MSPCA also competed, along with their owners.

Manx Radio caught up with them after the race: