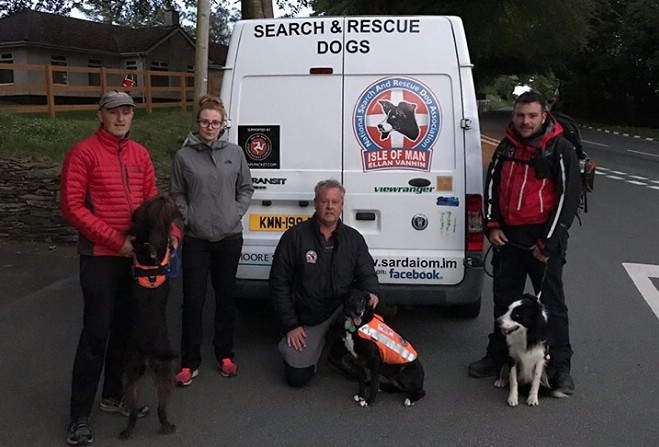 The emergency services were out in force yesterday evening, to find a person who had gone missing from their home in Douglas.

The operation involved the police and all three teams of the Isle of Man Search and Rescue Dog Association (SARDA) initially, as there was little information to go on.

One of the dogs, Ruby, was used to track the scent of the person, which resulted in the search area being narrowed significantly.

Then, as the daylight faded, Civil Defence, the fire service and a drone from Hawkeye Logic were all brought in to assist.

A rural area described as a, 'significant distance from the missing person's home,' was 'flooded with searchers' and the individual was found safe and well.

The police are thanking all the teams involved, and SARDA in particular, who they say provided invaluable assistance which made the search a lot quicker than it could have been.