Sea swimmers to get changing space in Ramsey 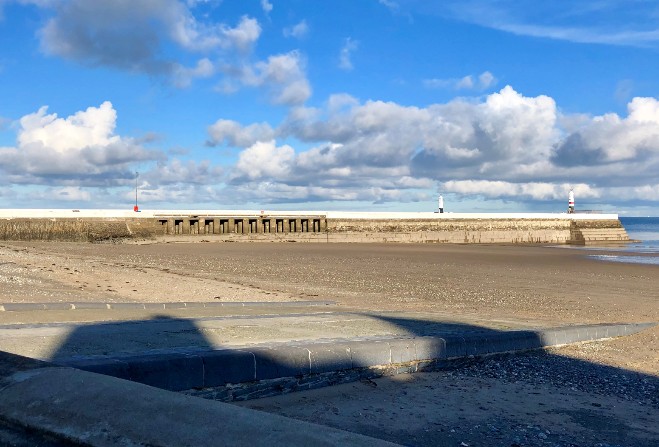 Ramsey Town Commissioners have voted to approve a changing space for sea swimmers.

The decision was made at their September board meeting.

It comes after a surge in people using the beach and seeking the benefits of sea swimming.

The commissioners voted six to three in favour of the design and project being given to the Lead Member for Works and Development Stephen Kelly to oversee.

Sea swimming groups have expressed to the commissioners that they would like a 'wavy wall' design so they have protection from the prevailing weather conditions.

However the commissioners have also suggested a shed design that has a roof for protection.

At the meeting Commissioner Geoffrey Court said: "They have been bringing their own changing robes but they just need somewhere that gets them a little bit of shelter and a little bit of additional privacy.

"I also understand that this has been quite a long process than it necessarily would be but I know they are facing a winter coming up and there is trepidation amongst the groups and they will go through another winter period without a facility such as this."

He also made the suggestion that the swimmers could use the container currently sitting in Queens Promenade in the meantime.