Security fencing put up at bridge in Laxey 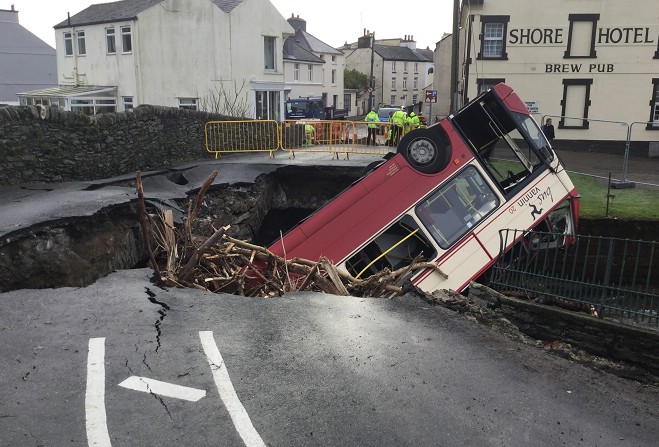 Security fencing has been put up at the collapsed bridge in Laxey by the Department of Infrastructure.

This follows reports people were ignoring the three sets of barriers that had been put in place to protect public safety.

The barriers had been put up on Saturday, after people were spotted trying to take selfies with the bus which fell into the river when the bridge went down.

Their actions were branded 'infantile' and 'incredibly dangerous' by Chairman of Laxey Commissioners Andrew Moore.

Part of the bridge was washed away during the flash flooding on Thursday afternoon, which also led to the bus falling into the river and becoming trapped.

DoI staff have been working on-site with all of the Island’s utility providers over the weekend to maintain supplies and reroute cabling.

The intention is to demolish the remainder of the bridge and remove the bus later this week.

The department will also erect a temporary pedestrian footbridge over the river, while initial designs are being drawn up for a permanent replacement for the bridge.

The area has been excavated and new concrete poured, with a view to enabling traffic to move down Minorca Hill on to Glen Road by the end of the week.