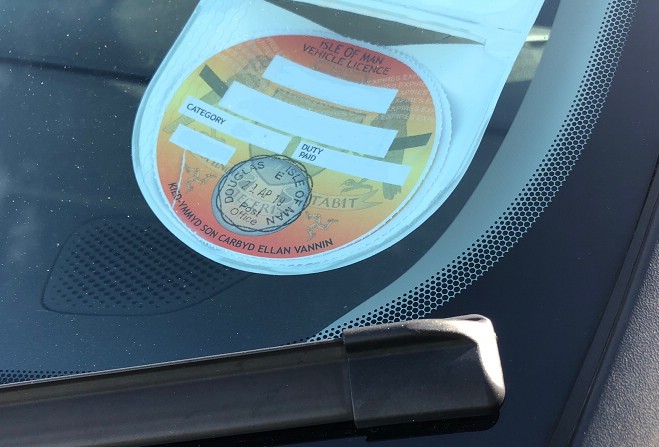 Motorists will be able to pay vehicle tax six months at a time later this year.

Infrastructure Minister Tim Baker has confirmed the option for a six-month payment will be made available in the coming months.

There are no plans to abolish physical tax discs, despite ANPR cameras now being used during roadside checks, although this could be reviewed in the future.

The details were revealed in Tynwald following a request from Douglas Central MHK Chris Thomas: 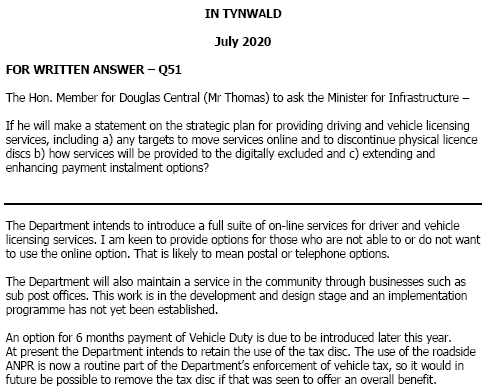