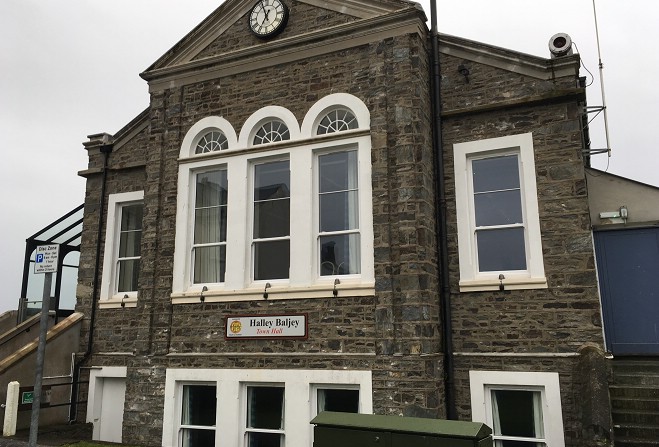 Two commissioners in Port St Mary have resigned, due to the 'unacceptable' conduct of some colleagues, and over frustrations with central government.

Andrew Phair and Ian Skelly both handed in their notices during a meeting last week (27 Nov).

They've been frustrated by government's response to an attempt to cut the authority's membership from nine to five members.

An inquiry chairman found seven commissioners was an 'acceptable compromise' and this was approved by Tynwald.

Mr Phair says no real justification was given for the decision, leaving some members frustrated and questioning their role.

Aside from this, the behaviour of a ' small number' of board members has also convinced Mr Skelly and Mr Phair to cut short their tenures.

According to the two outgoing commissioners, incidents include threats of legal action, personal attacks, and attempts to undermine current chair Dr Michelle Haywood.

Mr Phair says this has damaged the reputation of the board, and affected its ability to make 'effective decisions' for ratepayers.

The pair praised the chair for doing a 'fantastic job' in 'an extremely difficult atmosphere', and say they hope the resignations act as a 'wake up call' for those involved.

Mr Skelly and Mr Phair both wanted to reform the authority during their tenures, and say some successes have been made in improving transparency.

Both have also paid tribute to Rob Hirst, who passed away in November, describing him as a hard working valued member of the board, who'll be sadly missed by many in the village.

Both Mr Skelly and Mr Phair only intended to serve one term as commissioners, and say anyone interested in joining the local authority 'needs to think carefully' about the prospect.

They discussed their reasons for resigning with Local Democracy Reporter Ewan Gawne:

Ewan asked chair of the board Dr Michelle Haywood for her view on the departure of Mr Skelly and Mr Phair: