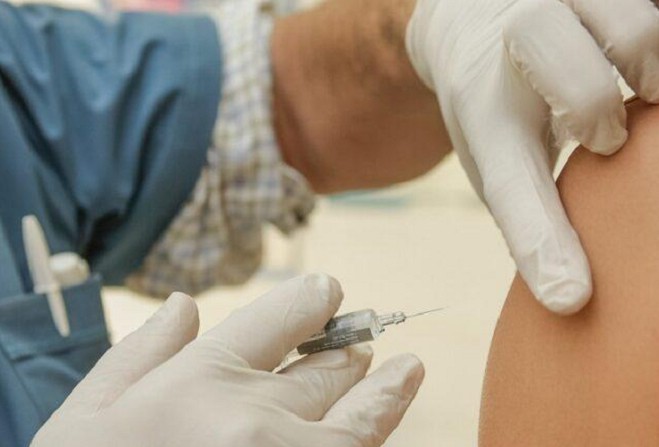 No suggestion the jabs are sub-standard

Doses of an Oxford-AstraZeneca vaccine batch made in India, which the EU is threatening not to recognise for travel purposes, were given out on the Isle of Man.

The EU says it may refuse entry into the bloc for people given the jab made by the Serum Institute, as they aren't licensed in Europe.

But seven countries, including Greece, say they will recognise it.

The Department of Health and Social Care says it's looking into the issue, and has urged people not to call the 111 line about these jabs.

The affected vaccines have seven digit batch numbers which are displayed on vaccine record cards.

The batches were given the name Covishield, whereas all jabs administered in the UK are branded Vaxzevria.

Consequently the batches at the centre of the controversy can only be identified by the numbers.

There is no suggestion the vaccines are sub-standard.

The European Medicines Agency has not authorised them because the Indian manufacturers are yet to seek a licence for their use in Europe.

The Isle of Man Government has been contacted for comment.