Spate of pigeon poisionings in Douglas 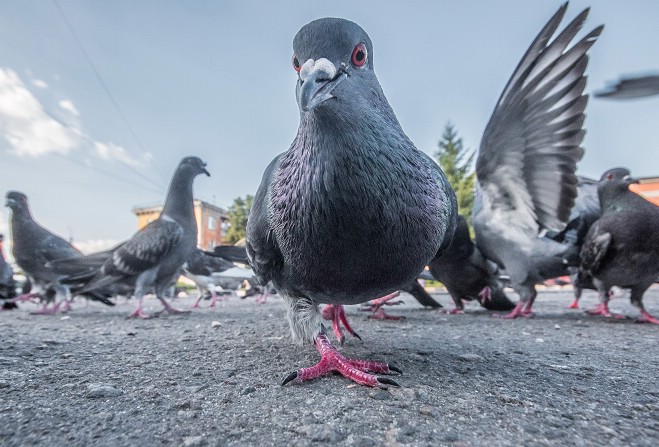 An unknown substance is said to be behind a large number of pigeon deaths, with the dying birds being found in and around Douglas.

Officers from the constabulary's Wildlife Crime Unit and from the Department of Environment, Food and Agriculture believe a poison used for rodents may be responsible for the convulsions and green vomit the birds have suffered from.

It comes as twenty were found dead in Duke Street last week, with a significant number of dying birds found behind Spectrum Apartments.

Around 40 have also been reported dead in the Birch Hill area of Onchan.

Police have no lead as to the origins of the substance but have affirmed that intentional poisioning birds is an out right offence.

Another concern is the risk now posed to the animals that predate the pigeons, such as the peregrine falcon which nests in the capital.

The public are asked to ring DEFA if they come across a dead or dying bird.

Anyone with information about the poisonings is asked to call police headquarters at 631212.