Squabble over stamps in the House of Keys 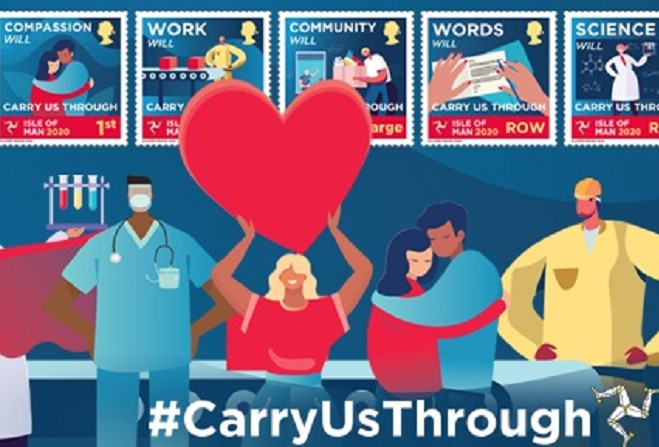 The chair of the Isle of Man Post Office faced questions in the House of Keys (9 June) over the stamps, issued to reflect the Manx response to Covid-19.

Ramsey MHK Lawrie Hooper wanted to clarify whether the Post Office had approached the UK agency which designed the 'CarryUsThrough' collection.

Mr Hooper is a member for the Department for Enterprise, the sponsoring department for the Isle of Man Post Office.

It comes after an initial statement by the Post Office which said it was contacted by Glazier Design, not the other way round.

However, the UK agency has confirmed it was first approached by the IOMPO.

The issue was first raised by local media and advertising company Gef the Mongoose, which had questioned why Manx creatives weren't asked to design the collection.

In the House of Keys, Mr Hooper, a member of the Department for Enterprise, grew frustrated with answers provided on this by Post Office chair Julie Edge:

Ms Edge said the first Post Office statement may have been inaccurate but felt Mr Hooper's repeated questioning was unwarranted: