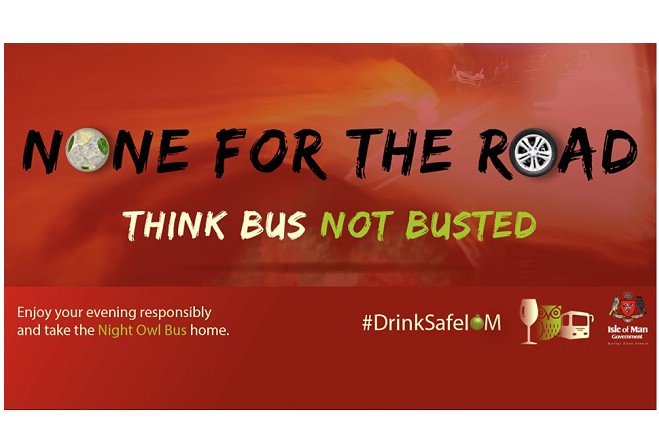 With the festive party season about to swing in to action, the annual campaign to ask people to drink responsibly and stay safe has started.

Public Health, the police and bus vannin have joined forces to promote the #DrinkSafeIOM initiative.

Two key messages will be shared on social media, posters, banners and on beer mats.

They are "None for the Road - Think Bus not Busted" and "Pace Yourself - Drink Water, Last Longer, Feel Better".

Only last week, two drivers in the north of the Island were arrested on suspicion of drink driving with readings of three-times over the legal limit.

Sergeant Jamie Tomlinson from the Road Policing Unit says there has been an unfortunate spike in cases in recent times.