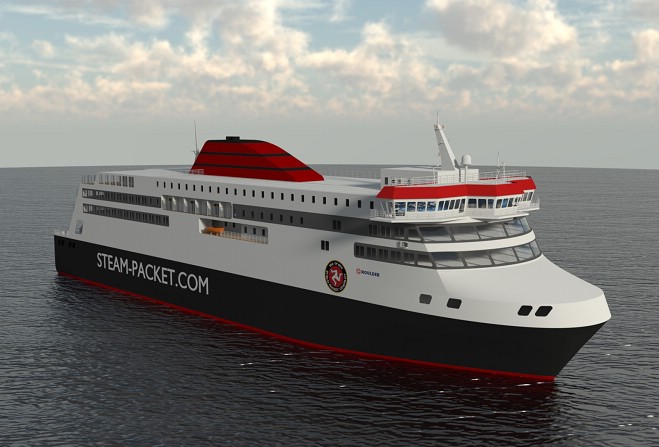 Computer-aided design of the new vessel

The Steam Packet has signed a contract for a new purpose-built vessel with shipbuilders in South Korea.

The new vessel is to replace the Ben-my-Chree, with work due to begin midway through next year, once plans are finalised.

It's expected to enter service by spring 2023, with 'high levels of on-board facilities and enhanced freight capability' promised.

Steam Packet boss Mark Woodward says the new craft will be slightly larger than the Ben-my-Chree, with more passenger space, though designs have yet to be finalised.

He adds it'll be more environmentally efficient and manoeuvrable in poor conditions.

The announcement follows a tender exercise run by the ferry company, where many shipyards from across the globe expressed interest in building the ship.

Once the new vessel is in service, it's intended that the Ben-my-Chree will be used as a back-up. 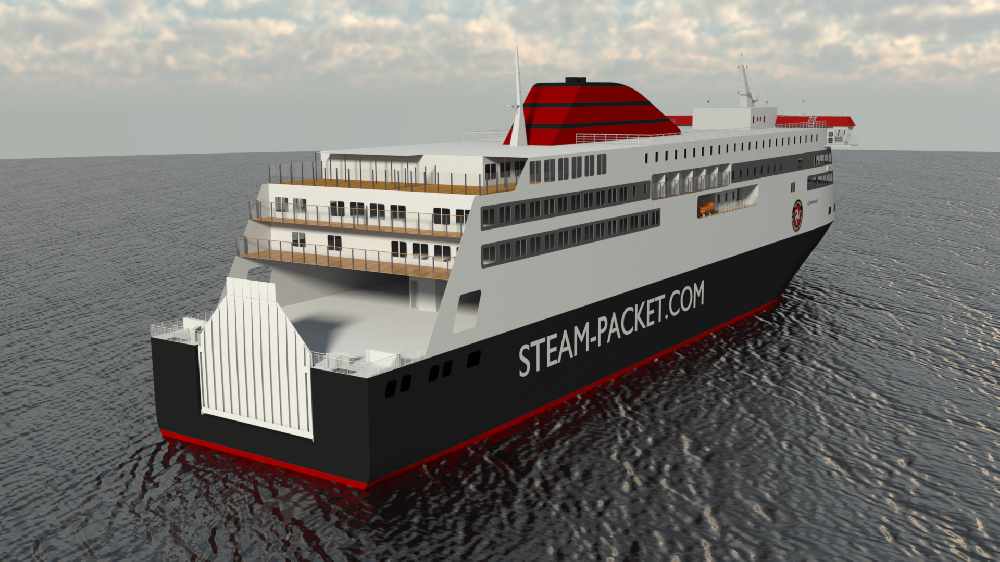