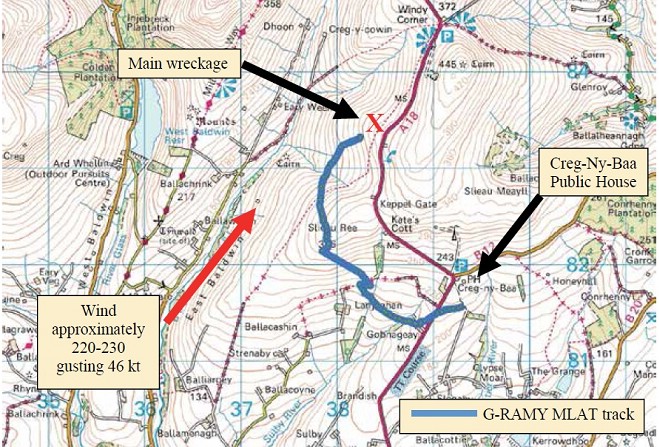 Aircraft came down near Mountain Road

Strong winds over Snaefell made a helicopter pilot lose control of his aircraft, resulting in a crash that killed him instantly.

The Air Accident Investigation Branch has released its report into the incident, which happened during TT last year.

48 year old Matthew Chapman had dropped off two passengers near the Creg ny Baa at 8am on Saturday June 6 last year.

He took off and headed Northwest, but crashed in high winds near the Mountain Road between Windy Corner and Keppell Gate.

A biker spotted the chopper at it started rolling wildly before the rotors hit the fuselage and the aircraft plunged up to 300 feet to the ground.

In its report, the AAIB says winds of more than 50mph caused enough turbulence to end up snapping the rotor from the mast.

It found no technical problems with the 41 year old Bell 206B Jet Ranger II helicopter and said Mr Chapman, who was a flying instructor, had plenty of flying experience.

And the safety organisation added training in mountain flying might have helped Mr Chapman control the aircraft – or made him change his mind about flying in the wind conditions that day.