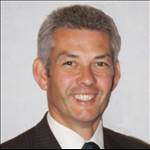 Plans to make Isle of Man students pay towards university education courses for the first time have been confirmed.

Proposals will be put to Tynwald next month to charge all students £2,500, with means-tested contributions on a rising scale for those whose parents have an income of £80,000 or more.

At present, the Department of Education funds tuition fees for Manx students on higher education courses off-Island up to £9,000 each per year, a total annual bill of £11 million.

High-earning families with income exceeding £100,000 will be expected to fund tuition fees themselves

A government-backed loan scheme will be esatablished, with repayments starting a year after graduation provided the student is earning more than £21,000 per year.

The scheme, if approved in Tynwald, will commence in September 2014, which means sixth-formers due to go to university next year will contribute to their fees from their second year at university onwards.

The new funding arrangements are expected to lead to annual savings of just under £4.5 million after three years.

A widely anticipated move, the prospect of an end what has been seen as a 'jewel in the crown' of the Manx education system was confirmed by education bosses in presentations to Tynwald members and the media on Friday afternoon (23 Nov).

Education minister Tim Crookall said his department's budget had been severely reduced in recent years and after making cutbacks across the board, there was no further scope for savings without hitting the core funding of schools.

Like the funding of pre-school nursery education which ended this summer, there is no statutory obligation to meet higher education tuition fees and Mr Crookall said although it was 'nice to have', in the current fiscal climate the Island can no longer afford the costs.

He said if the measures are adopted next month, Island students would still be better supported than those in the Channel Islands where contributions are higher, and in England where they are expected to meet all their fees.