Take a dip to start the year 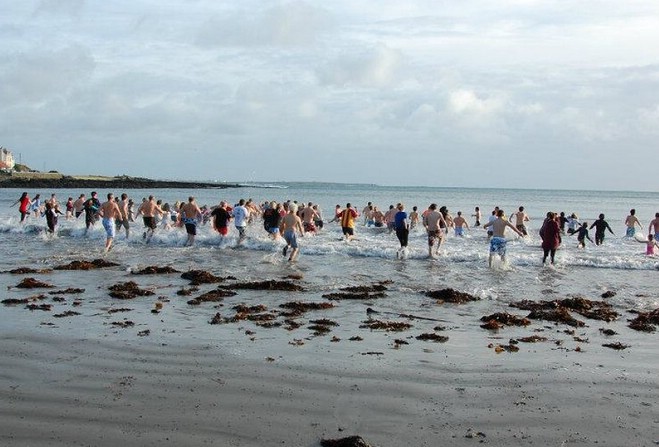 Hundreds to take part in events around the Island

Hundreds will see in 2017 by plunging into the chilly seas around the Island.

The first to brave the surf will be in the south of the Island at the start of the southern dips at Chapel Beach in Port St Mary at 9.15am.

Then it's the inner harbour at 10am, followed by Gansey at 10.45am and then the finale at Port Erin inner harbour.

In the north the Ramsey Lifeboat-organised event has signing-on at the station on South promenade from 10am, with the slipway open an hour later for the brave participants - 70 plucked up the courage last year.

In Douglas, dippers are asked to meet opposite the Queen's Hotel at 11.30am, for a midday start.

Also starting then are the ones in Castletown, Kirk Michael, Laxey and the ever-popular Peel dip.