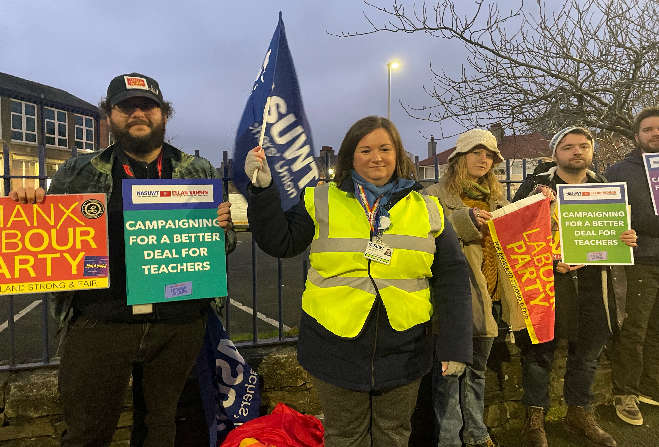 Teachers across the Isle of Man are striking today (30 November).

Members of the NASUWT – The Teachers’ Union are taking industrial action in a row over pay and conditions.

A number of secondary schools have asked some children to stay at home and picket lines are expected at least three educational establishments.

The union's General Secretary, Patrick Roach, will also be on Island to support those on the picket lines.

Education, Sport and Culture Minister Julie Edge admits they have no idea how many teachers will take part:

Meanwhile, picket lines have been forming outside of schools and senior members of the union have travelled from the UK to show their support.

A representative from the Manx Labour Party is also on the picket lines in solidarity with teaching staff.

Devon Watson believes teachers have put up with pay erosion out of their sense of duty, but says that won't pay their mortgage: