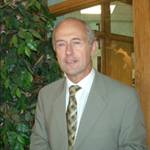 Treasury Minister Eddie Teare has presented his first budget - widely billed as the most important for decades.

He called his speech "Striking a fair balance".

That's £35 million below last year's plan, with the difference made-up with £55 million taken from reserves.

It all equates to a spend of around £10,600 per head, for every man, woman and child in the Island.

That figure includes £3,070 per head on benefits including the state pension, income support and child benefit.

Staffing has been reduced by 170 posts, with another 345 earmarked for closure over the next three years.

Spending on benefits is 5% higher than last year, up £11.5 million to £249 million, with more than half of that going on state pensions and the pension supplement.

Child benefit payment for second and subsequent children will be reduced by £7 to £13.50 per week in line with the UK - with compensating benefit increases for those on lowest incomes.

There's an end to higher rate 20% relief on mortgage and loan interest which is reduced to the lower 10% rate.

Tax relief for alimony or maintenance payments will be ended.

For individuals, there's no change to income tax rates, personal allowances or thresholds.

Eighty three million pounds will be spent on the government's capital programme, with £55 million on construction schemes.

You can hear the full budget speech from Treasury Minister Eddie Teare in the Listen Again feature on the home page menu.