Temporary lights in Ballasalla to be removed 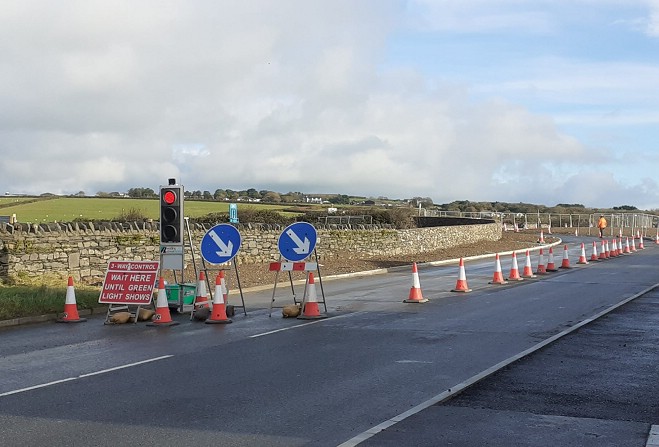 20mph limit to stay in place past new development

Temporary traffic lights along a major route in Ballasalla are to be removed early tomorrow morning.

The lights have been in place on the New Castletown Road by Dandara's new development, Rearyt Mie, since the end of April, as work takes place on a new bypass.

A 20mph speed limit will stay in place on Glashen Hill, though.

Developers, Dandara, say recent poor weather conditions have hampered progress with the final coat for the road surface - which, they say, cannot be laid until there is a break in the weather.

Housing Director, Ciaran Downey, says: '[Dandara] would like to thank the public for their continued patience and apologise for the inevitable inconvenience caused.'

The company hasn't given a time for the lights to be removed, but government's RoadWatch service shows 7:30am.