The student experience under lockdown 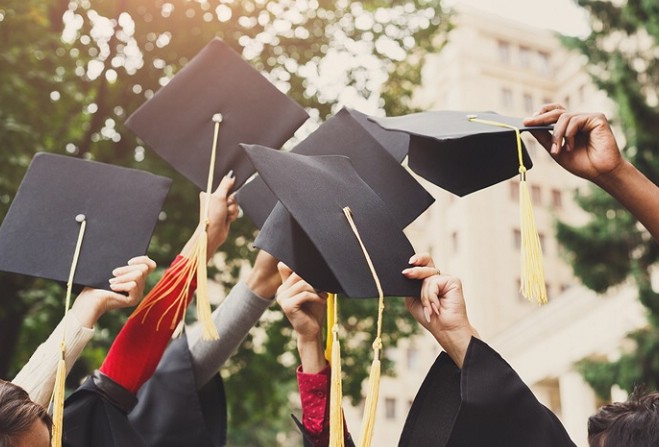 Manx students explain how the pandemic has affected them

Since it was declared a pandemic on 11 March this year, coronavirus has affected millions worldwide. More than 325,000 people have died from it, with over five million infected. In the Isle of Man alone, there have been 24 deaths and more than 300 cases to date (22 Mar).

To combat the spread, many countries have been enforcing strict lockdown measures, instructing people to ‘stay at home’ and adhere to social distancing rules. Work stopped overnight, schools closed and travel halted.

As the lockdown continued, the temporary closure of certain sectors gave rise to high unemployment. Around 1,347 people were registered as unemployed in the Isle of Man in April; the highest it’s been for at least 22 years.

Students in the pandemic

For university students, living on their own for the first time away from home, things changed very quickly.

Many remain stranded in the UK or further afield, unable to come home due to assignment deadlines, accommodation issues or because they simply couldn't afford it.

The Manx government made the decision to close its borders on 23 March, in the hope of reducing the spread of the virus. From 15 April, it began repatriating a small number of people back to the Isle of Man.

Manx Radio has been exploring how the coronavirus pandemic affected different students from the Island.

Should I stay or should I go?

Lily Kneale is in her final year of studying Foreign Languages and Tourism Management at Edinburgh Napier University. She had been due to return to the Island over the Easter period, before helping tutor Spanish for GCSE and A-Level students in the summer.

She decided to stay in Scotland, and despite being in a different place, Lily doesn't want to risk infecting her family by coming back:

Aoife O’Mahony was on her placement year abroad in Jersey, working at the zoo, when the lockdown happened.

The 21-year-old is studying Wildlife Conservation and Zoo Biology at Salford University, and has not been home to the Isle of Man since September last year.

Speaking from the Channel Islands, she says there could be worse places to be stuck:

Meanwhile, other students made the decision to travel back home to the Island to stay with their families during lockdown.

A number of young people returned home before the borders closed, leaving behind their belongings and possessions in their accommodation.

University of York student Catherine Woolley believes she made the right decision to come back instead of staying in her place of study.

The 21-year old was living in Poland as part of her study abroad year for a Politics and International Relations degree.

After narrowly avoiding being stranded there, Catherine feels the Isle of Man is the safest place to be, despite cutting her year abroad short:

Adaptation: the new ways of learning

The closure of schools and universities has led to the adoption of new ways of learning from home. Many courses have been temporarily suspended or adapted to cope with the current pandemic, using the internet to carry out online learning sessions, virtual lectures and Zoom meetings.

He’s been relying on these forms of teaching and told Manx Radio he remains optimistic:

Students who chose to come back to the Island are now keen to return to the UK and recover their personal belongings.

Following the announcement that Manx borders would close on 23 March, many only took essentials for their journey to get the last ferry back home.

Nearly two months on, many have raised concerns over student accommodation, with only a limited period of time left before they have to move out.

Others are worried about the safety and security of personal belongings, fearing they are at risk during the lockdown.

With strict border measures still in place, a journey to recover items is not possible.

Government is currently working to provide a solution for this – but what do Manx university students think?

Manx Radio has been talking to some of them:

Keyworkers – the students behind the masks

Whilst the majority of the nation stayed at home, a number of workers remain operating on the frontline, including NHS staff, delivery drivers, school teachers and supermarket workers.

Students in their final year at university studying medicine or nursing were instructed to finish early and asked to join the battle at hospitals and healthcare centres nationwide against the invisible illness.

Ciara Allen was studying Nursing at the University of Edinburgh.

She was on placement working in a Scottish care home when the pandemic struck. After arriving home and spending two weeks in self-isolation, she signed up to work for the Manx NHS.

Now working as a healthcare assistant at Noble’s Hospital, she says it feels good to help people:

Over the last two months, the coronavirus pandemic has brought many changes to the way work is carried out and lives are lived. And for those just starting out in their careers, it can be even harder finding your feet again.

Jack Maylin was completing his first year as an English teacher at Ballakermeen High School.

The lockdown has forced him, like many other teachers on the Island, to work remotely, only coming in to teach the children of keyworkers on a shift rota.

Speaking with Manx Radio, he says the experience has brought new challenges:

However, despite the measures in place, Mr Maylin also warns the outbreak could provide a learning curve for teachers in the long term.

As many adjust to the ‘new normal’ the future remains uncertain. For young people at the start of their careers, it’s a question that raises serious concerns about what challenges they face in future employment.

Universities across the UK have provided a ‘safety net’ for their students, giving them a guaranteed baseline grade.

A number of young people have questioned how credible their degrees will be for future employers, when compared to past or future qualifications.

Abby Ashley-Gardner is a studying English Language and Linguistics at Newcastle University – she explained more: