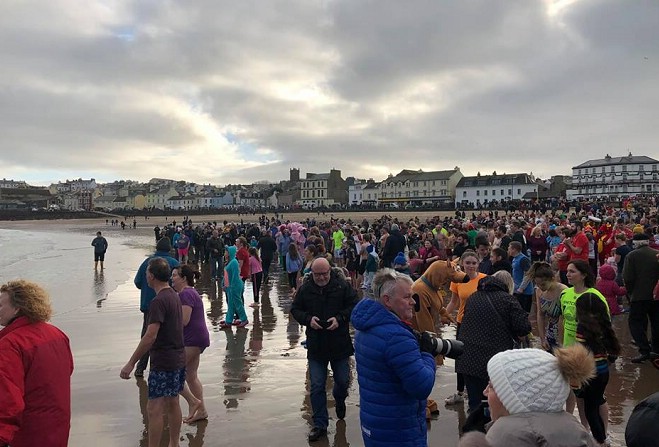 Organisers of New Year's Day dips around the Island have been revealing their fundraising totals.

The ones in the south of the Isle of Man have so far raised around £4,000 for chosen charity Mannin Sepsis.

Meanwhile, the dip in Peel has so far raised more than £1,800, say organisers.

Green's Jewellers says there were 307 dippers this year and £1,842 was raised on the day, but there is more sponsorship money to come in yet.

A further £1,700 was raised at the Peel event by Celton Manx's Bill Mummery for homeless charity Housing Matters.

One hundred and sixty-six people took part there.

220 Douglas dippers have raised over £1,500 so far with further sponsorship still to come. That event was raising money and awareness for Beach Buddies and Breast Cancer Now.