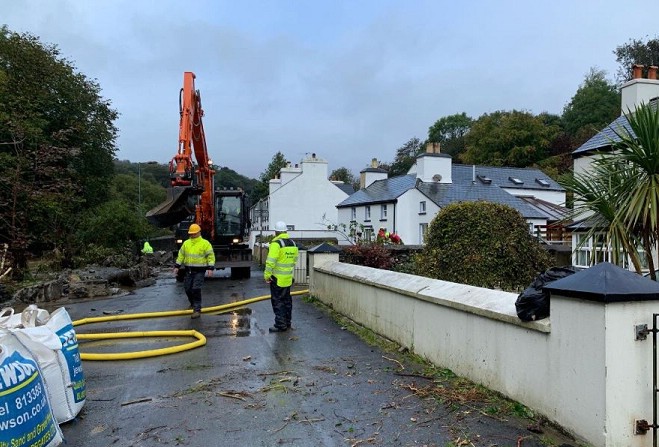 Treasury has been asked by the chief minister to ensure "appropriate funding is made available" to agencies supporting the residents of Laxey who were affected by severe flooding this week.

The Isle of Man Government also says measures are being taken, to reduce the "risk of flooding as a result of similar severe weather in future."

In the immediate term, government says breaches in the river wall have now been shored up with temporary barriers, and extra sandbags have been provided.

A community liaison officer is also being appointed to visit affected residents, offer reassurance, and act as a point of contact with government and other agencies.

Looking to the longer term, new permanent infrastructure options are being considered, with a promise of full consultation with local people.

Works in Laxey harbour and plans for a sea wall will also be reviewed when the full impact of the flood is known, government says.

Howard Quayle called an emergency meeting of ministers and senior officers on Wednesday, who have been asked to report back within a week with what he's called "firm plans for positive action."