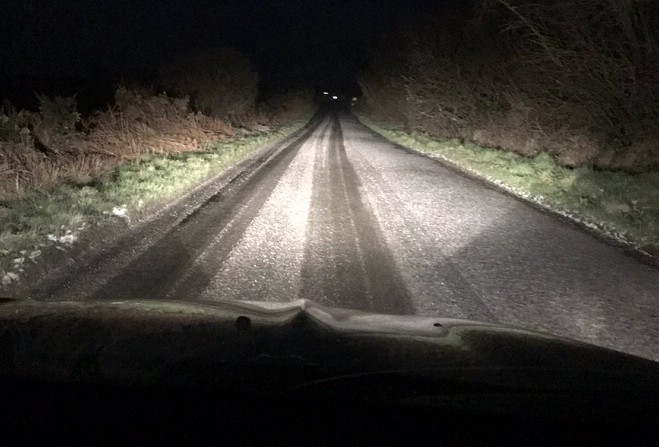 Picture posted by police on Tweetbeat this morning

Police urge you to drive with care

The Island looks to have escaped the worst of the snow, but the windy conditions caused problems on the roads this morning.

There have been reports of trees down at various locations, although most have now been dealt with.

There have been delays to Dublin, Liverpool and Manchester flights at the airport.

Arrivals due from Liverpool and Manchester at 9.20am and 9.30am respectively were cancelled.

A flight which was due to leave Ronaldsway for Liverpool at 7.10am was cancelled.

Citywing said there were 50-minute delays on all its Belfast and Blackpool services this morning.

The Ben-my-Chree set off one hour later than usual, at 9.45am.

Its return from Heysham this afternoon will also be an hour later than scheduled, with it now due to leave at 3.15pm.