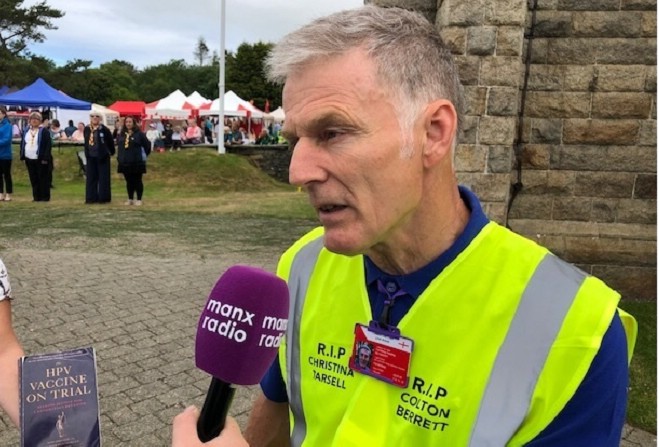 A protestor who was moved off the ceremonial way on Tynwald Day says he had every right to be where he was.

Courtenay Heading was at St John's to present a petition and highlight the issue of what he perceives as the harm caused by the HPV vaccine, something he calls 'a crime against humanity'.

He also claims the Manx government is not allowing open debate on the issue.

He was asked to move off the ceremonial whilst talking to Manx Radio reporter Dollin Mercer, live on air.

Mr Heading claims those who moved him on had no right to do so .

In a statement, police say:

"We can confirm a 62-year-old male was arrested at the Tynwald ceremony to prevent a breach of the peace at 10.35am, he was released later that day. No further action was taken.

"Tynwald is a ceremony stretching back over 1,000 years. Built within that ceremony are rights for people to present petitions, but this has to be done at specific times to avoid disruption to this complex public event. There are also areas that at certain times are out of bounds for security and safety reasons.

"Police actively work with groups wishing to protest or display at Tynwald and other locations to ensure their right to protest in a legal and peaceful way."