Unemployment falls again in May 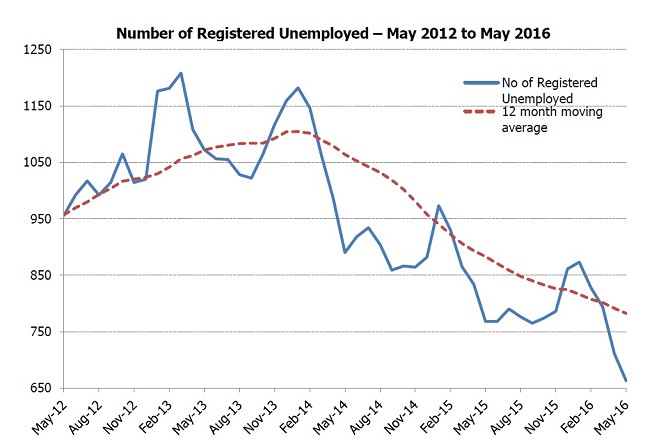 New government figures show unemployment has fallen again – and now stands at its lowest level for more than five years.

At the end of May, 663 people were out of work, giving an unemployment rate of just 1.5 per cent.

Just over a fifth of those signing on have been out of work longer than a year, and the over-55s make up the majority of the Island’s long-term unemployed.

Construction continues to be the single hardest-hit sector of the economy, accounting for more than 1 in 10 of those without work.

There’s better news for those working in egaming and legal and accountancy services: not a single member of either industry was unemployed according to the statistics.

And the figures also show the number of vacancies being reported to the jobcentre over the course of a month has risen by 50 per cent in the last three years.