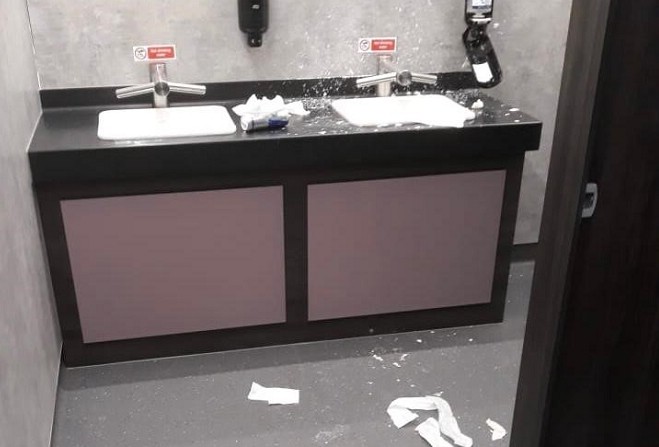 Commissioner calls for more police presence in the area

A commissioner in Onchan is calling for a greater police presence after another case of vandalism in the village.

Investigations are underway after newly-refurbished toilets in Onchan Park were damaged over the Bank Holiday weekend.

It's the latest case of anti-social behaviour in the area, with hundreds of pounds worth of damage caused to a local sports club earlier in the year.

Police were also called to a disturbance in the Onchan Park area last year before a 73-year-old woman was later found dead.

Speaking about the latest incident, Chair of Onchan Commissioners Derek Crellin confirmed CCTV footage has been handed over to the authorities.

"It's disappointing damage has been caused to the newly-refurbished toilets that have been paid for by the ratepayers of Onchan", Mr Crellin said.

"Onchan Park is a popular place for the public to visit and enjoy and the public convenience upgrade is part of a rolling programme within the park.

"CCTV footage has been handed over to the police for investigation which may also include breaches of Covid regulations."

David Quirk, who also sits on the board of Onchan District Commissioners, says more needs to be done to clamp down on incidents of this nature.

He feels there needs to be more bobbies on the beat to discourage anti-social behaviour.

"I can't remember the last time I saw a police officer in Onchan", Mr Quirk said.

"The Commissioners offices are not used at night and it's a thing now that people like to hot desk.