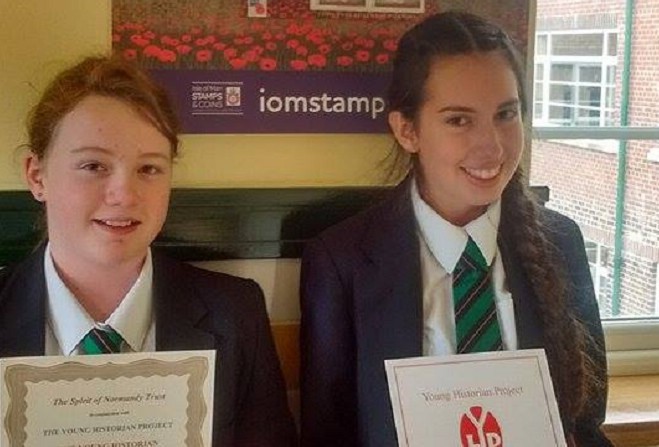 Two Island secondary pupils have scooped prizes in a UK-wide competition - after being inspired by a living war hero.

Ramsey Grammar students Emily Corkish and Nell Davies were recognised by the Spirit of Normandy Trust for their entries in the Young Historian Project.

Their reports covered Manx radar stations and the life of German exiles during the Second World War; both of which were highly commended by the charity.

Emily and Nell were spurred on by the stories of Island veteran Hector Duff, who earlier this year received Freedom of the Borough recognition in his native Douglas.