Spectacle as iconic locomotives roll in 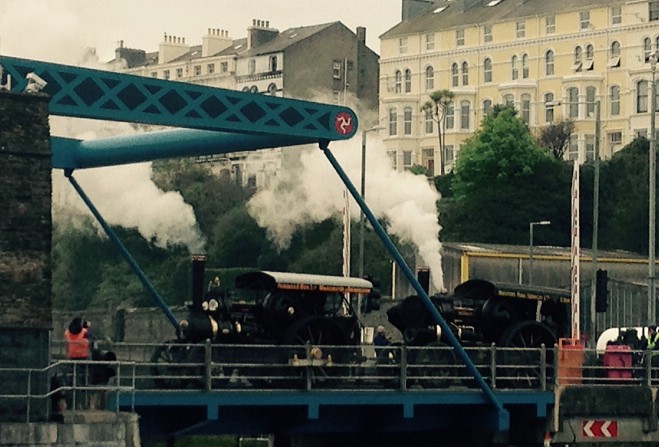 Look out for train of imposing beasts

A 'road train' of iconic historical locomotives is setting off on a grand tour of the Island today (20 April).

It's part of the Isle of Man Festival of Steam taking place this week and weekend.

The formidable engines left Banks Circus in Douglas this morning, from where they'll travel along South Quay to the Sea Terminal.

After that, they'll journey along Douglas Promenade, and follow the Groudle route to Laxey, before heading to Ramsey via the Coast Road - and stopping overnight at the Isle of Man Motor Museum in Jurby.

Tomorrow (Friday 21 April) the engines will be the first vehicles to travel along the still-closed Mountain Road since the route underwent resurfacing work.

They'll come to a stop at Port Erin Railway Station, where they'll remain on public display until Sunday morning.

The final leg of the journey is up the Sloc, into Foxdale and finally, back to Douglas, where they will return to their native northern English homes.

Temporary road closures will be in place while the giant vehicles occupy the public highways.

Liam Miller from Isle of Man Transport explains exactly what to look out for: