'You may not be allowed back in’ – warning to those leaving 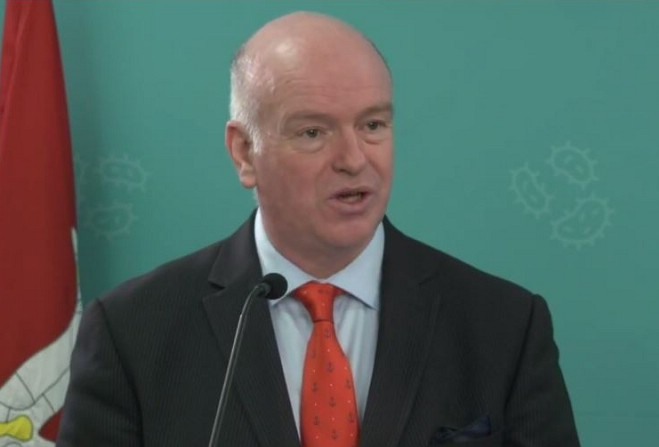 Those who chose to leave the Island are being warned they may not be allowed back in.

With the announcement of a second lockdown from after midnight tonight, borders returned to level five of the government’s framework.

It means only returning residents and key workers can enter the Island.

Those seeking to leave are being told there’s no guarantee borders won’t be further restricted, meaning if they chose to travel, they do so at the risk of potentially being unable to return in future.

It’s one of the messages given by the chief minister as he outlined a raft of new rules in preparation for the Island’s second lockdown.

Those who are able to return over the next three weeks will be required to take a new ‘midpoint’ Covid-19 test on the sixth or seventh day of their isolation.

This is on top of the day one and day 13 tests introduced before the Christmas break.

According to Howard Quayle the midpoint option has been brought in to ensure there are three consecutive tests in place to detect the virus.

Returnees will now have to pay £50 for each of the three tests, but patient transfers will be exempt from these fees.

As per the previous rules, anyone who doesn’t want to pay for the test will have to do 21 days in self-isolation.

The charge hasn’t been popular with some Tynwald members, who tried to have it removed at a recent sitting.

Ramsey MHK Lawrie Hooper was the driving force behind that attempt, and he says he’ll try again to remove the fee, as in his view ‘it’s counterproductive and as many people as possible need to be tested.’

Anyone returning now has to self-isolate with those they’ve travelled with, or alone.

They’re no longer able to self-isolate with a household, and will no longer receive financial support.

No applications for compassionate travel or entry to the Island due to a contract will be allowed.