A day to remember for Corinthians 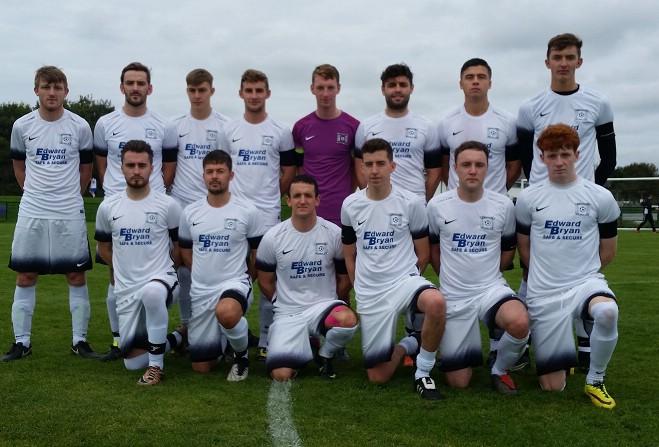 Manx champions St George’s have lost a league match for the first time in 21 months.

That’s after a 4-3 defeat at home to Corinthians in the Canada Life Premier League on Saturday.

In a remarkable first half, Corinthians scored four times at Glencrutchery Road with Stephen Whitley, Sean Doyle, Darren Cain and Connor Gorman – with what proved to be the winner – all on target.

The Geordies trailed 4-1 at the break and showed their character to pull it back but in the end it wasn’t enough as they slipped to their first defeat in 43 league games and a first league loss since January 3 last year.

St Mary’s continued their fine form and were 11-0 winners at rock bottom Ayre.

Darren Hudgeon continued his blistering start to life with the Saints with four goals.

That haul was equalled by Matthew Rennie while Steven Priestnal also notched a hat-trick.

Peel are up to third after a 3-0 success at Laxey – Daniel Bell, Adam Cregeen and Dominic McGreevey were the scorers for the westerners.

Rushen were given a scare by newly promoted Colby before late goals ensured they won the southern derby.

Aaron Hawley was also on the scoresheet for the visitors.

Old Boys were made to battle hard by lowly Ramsey before emerging 3-2 winners at Blackberry Lane, courtesy of goals from Gary Quirk (two) and Craig Murphy.

Ollie Grice scored both for Ramsey.