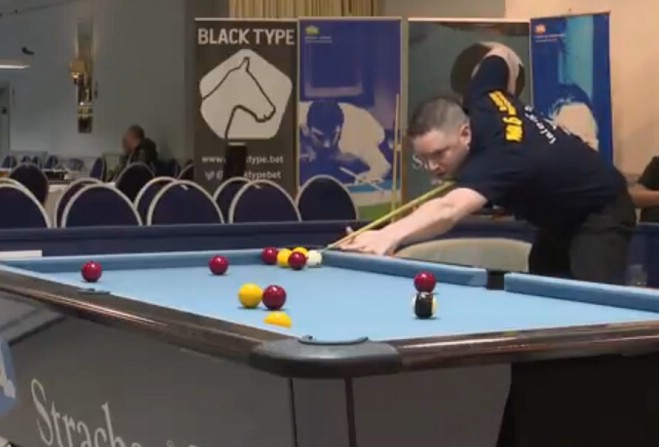 Competing at tournaments run by the International Pool Players' Association, there are rarely any 'easy' draws.

However, for the Island's only professional 8-Ball player, it was a particularly illustrious series of opponents at the IPA British Championships this weekend (19-21).

At the Heston Hyde Hotel in Hounslow, West London, David Addinall was drawn against each of the previous four world champions - all in the space of 48 hours.

Addinall defeated the current world number one and reigning world champion Ben Davies 7-3, in the last 32 of the British 'Open' competition, eventually losing out to 2016 World Champion Gareth Hibbott in the quarter-finals.

That result marked some revenge for Hibbott, after Addinall beat him earlier in the season during the Freesports TV Champions Cup.

The Manxman also reached the last eight of the British 'Professional' competition this weekend, defeating 2015 World Champion Jack Whelan 8-6 in the last 32, before eventually losing to yet another former world champion in Craig Marsh, who won the crown in 2017.

Marsh would then go on to win the competition, defeating Englishman Steve Thompson 8-5 in the final.

Addinall said it was "truly weird but amazing" to have rubbed shoulders with the very best players on the planet, and to have defeated two of the last four world champions - especially given that this is his first full season as a professional.

His results this weekend look to have all but guaranteed him a spot on the professional circuit next season, and should also give him a sizeable boost in the IPA rankings - he currently stands at number 47 in the world.

For full scores and results, head to https://cuescore.com/ipapool.

The later rounds of competition from Hounslow were also streamed live on BBC Sport - through its website, app, and on BBC iPlayer.