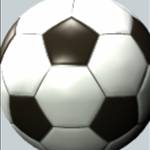 They won the top of the table battle on Saturday with a 4-2 victory at Union Mills.

A Juan Killip hat-trick and a Ryan Holdaway goal maintained their 100 per cent record.

Chris Kelly had fired the Millers – who also missed a penalty - into an early lead before Marown took charge.

Douglas Royal consolidated third spot with a 4-0 victory at Pulrose, while Foxdale are still fourth after a 5-1 home success over Malew - Will Wood (two), Steve Betteridge, Stuart Morrison and Gavin McLaughlin their scorers.

There’s no change in sixth place either after Onchan won 6-1 at the Police.

The sides were level at the break before a second half super show – Dominic Dawson, Mark Walmsley, Craig Marsh and Rob Byrne (two) among their scorers.

The Rockets could have earned a point but had a penalty saved.