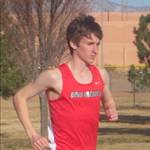 An outstanding run by Keith Gerrard gave him a seventh place finish in the NCAA Championships 10,000 metre final, earning him his second All-American honour.

It's the most prestigious event on the American university track and field calendar and involves the cream of collegiate talent.

Running in the highest quality track race of his career the Manx athlete lined up with the top twenty-four students in America, who have all run under 29.30 this year, to compete for the National Collegiate Athletic Association 10,000 metre title.

The race, which was scheduled for Thursday evening, was postponed till the following day due to a thunderstorm and then further delayed on Friday afternoon while waiting for severe weather to pass over.

Competing at a humid, rain-soaked Drake Stadium in Des Moines, Iowa, the Manx Sports Aid recipient ran an excellent tactical race while showing great determination to keep in the first eight places throughout the 25 laps.

The three leading athletes, Korir, Chalenga and Sambu, passed the 5k point in
14.05 with Gerrard holding well in the chasing pack not too far behind.

However a succession of 65 second laps in the remainder of the race put the Kenyan trio in a three-way contest for the podium places.

Keith was now in competition for the highly sought after All-American awards, which are given to the top eight athletes in each discipline.

The championship was won by the fast finishing Korir (Iona, New York) in 28.07 with Chalenga (Liberty, Virginia) second in 28.12 and Sambu (Arizona) third clocking 28.19.

Gerrard coped admirably with the difficult conditions, lapping six athletes who have run sub 29.20 this season, while recording a time of 28.36.

The recently-graduated University of New Mexico student was delighted with his result and commented, "I settled in as quick as I could, relaxed, and just tried to keep on the rail.

"If anyone went past me I tried not to panic. It was single file the whole way and not too aggressive."

This was Keith’s last race for The New Mexico 'Lobos', where he has enjoyed a successful season as the university’s top points scorer in NCAA Division One.

He has also improved his personal best in three events with his 10,000 metres PB putting him currently in eighth place in the European Athletic Association rankings and the holder of the fifth fastest time in the US collegiate rankings.

He now has twin All-American status having also received the award for his efforts in cross- country in November.

Also competing at Des Moines, in the 3000 metres steeplechase, was Tom Wade (Lamar University Texas) from the Isle of Wight who will be facing Keith in the 5000 metres at the forthcoming 2011 NatWest Island Games.

In the 1500 metres Keith will also line-up against Tom’s brother Joe, who ran 3.46 in California earlier this year.

Keith would like to thank his friends in the Isle of Man who have sent him messages of encouragement in the build-up to the championships and The Manx Sports Aid Foundation for their support.