All square in Shield battle 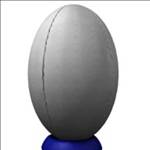 The big game in the Shimmin Wilson Manx Shield ended all square at Port-e-Chee where unbeaten sides Douglas B and reigning champions Southern Nomads went head to head.

Nomads got proceedings underway with a Nick Butler try after just six minutes before Douglas took the lead on the half hour with a penalty try, converted by John Bateson, to leave them 7-5 ahead at the break.

In something of an epic second half, points rained in at both ends.

Mike Hebden and Danny Williams traded penalty kicks before Hebden went over for a try to give Douglas the advantage.

A Williams penalty kept Nomads within striking range but, when Gwyn Davies bagged a try for Douglas with just over 10 minutes remaining, the game looked all over at 22-11.

Nomads had other ideas however.

Rob Keelan’s try, plus Williams’ conversion, brought them back into it at 22-18 before Hebden struck a penalty for Douglas to give them an eight point cushion.

With virtually the last play of the game Nomads struck back a final time. Andy Lean touched down under the posts and Williams converted to leave it all square.

Elsewhere in the Shield, Castletown picked up their first win of the season by beating Emerging Nomads 17-3.

Dennis de Wet scored two tries for Town with the remainder of their points coming from the boot of Sam Peel. Nomads’ consolation points came courtesy of a Dave Edge penalty.

In the final game of the day, Ramsey B trounced bottom side Vagabonds B 42-0 at Mooragh Park.

Ramsey led 13-0 at half-time with tries from Craig Long and Jason Walker, plus a penalty from Louis Porter.

In the second half they added to their tally with tries from Andy Gale, Tynan Pritchard, Dave Harding and another two from Long.