All to play for as Manx Trophy edges into final stages 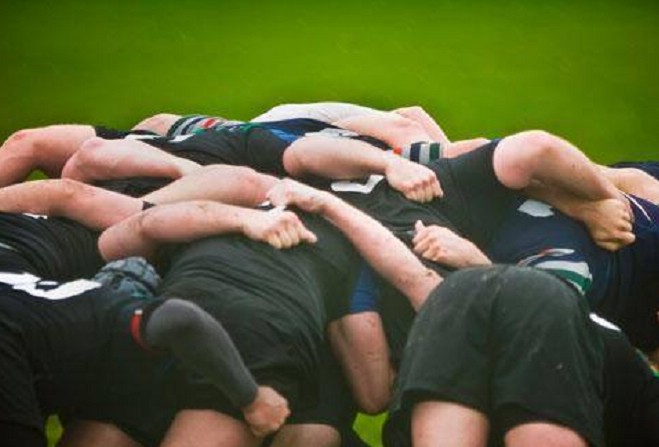 Three teams remain in contention for the Manx Trophy as the competition edges into its final stages. Douglas North sit in pole position. They have 25 championship points with two games remaining. At home to bottom side Southern Nomads this week then away at Ramsey next. Win both games and the title is in the bag. Its simply two wins and no need to worry about bonus points. In second place are Douglas South. They also have two to play but they also need North to slip up. They play Vagabonds this Friday night and Southern Nomads a week on Saturday and must win both.

Vagabonds sit in third however have just one fixture remaining and must win with a bonus point and hope neither Douglas side pick up a win. The Vagas chance is therefore something of an outsider but is still mathematically possible. The action gets underway at Ballafletcher under the lights on Friday night with a 7.15pm kick off. While the lights can be something of a leveller, based on the North v South game last week, it won't be enough.

The South were powerful up front. Joe Corkish and Owen Carvin both worked hard all game, Sam Games was outstanding in the back row and Spencer Cope at scrum half delivers to National League experience to the equation.

Vagas dominated at Ramsey and played a conservative game style which brought a bonus point win, but will need to find more in the tank for this one. Vagas did however win at Douglas so will fancy their chances.

On Saturday, Douglas North host Southern Nomads. On paper the game should be a formality for North however they were denied a bonus point at Ballakilley in the away leg by a gritty Nomads defence which will require another big effort for this game. The North backline is pretty much unstoppable. Craig & Kyle Martin apply the pace as does Charlie Henthorn from full back. In among all that is Bryn Snellgrove pulling the strings. Throw a tough pack of forwards into the mix and you have a match winning team which is just what North is.

There are also three games in the Manx Bowl this week. Ramsey B host Vagabonds Ladies at the Mooragh, Castletown are visited by Vagabonds Hornets and Emerging Nomads welcome Western Vikings to the Field of Dreams.

Ramsey B are going great guns at the moment and have won five on the bounce. They have a chance of taking the Bowl but will need to win their three remaining games and hope someone else slips up. They should take a maximum five points this week though.

Castletown took a heavy defeat last Saturday and will need to regroup fast. They ran Hornets pretty close for an hour at Ballafletcher in the earlier game and just ran out of personnel before they could force home their advantage. Unless last week was a injury blip, Vagas Hornets should be too strong for them this week.

Vikings named a strong side last week and if they do the same again this could be a banana skin for Emerging Nomads. Lose this one and their chances would be severely dented before next week’s huge game against Vagas Hornets which could be a title decider.