'Once in a lifetime opportunity', says Cav 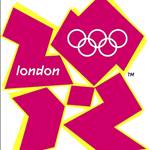 Manx cyclist Mark Cavendish has described the 2012 Olympic road race as a 'once in a lifetime opportunity'.

The 240 kilometre course has been announced today (Thursday) and takes in many London landmarks, including Buckingham Palace, The Mall and Westminster, before heading out into Surrey.

There is a 15.5km circuit around Box Hill which the riders will have to complete several times. It features the National Trust's Zig Zag Hill, the one real climb of any note.

The Men's Road Race will take place on the very first day of competition, after the opening ceremony, as organisers are hoping Cavendish can set the 'Gold rush' into full flow for the Great Britain team.