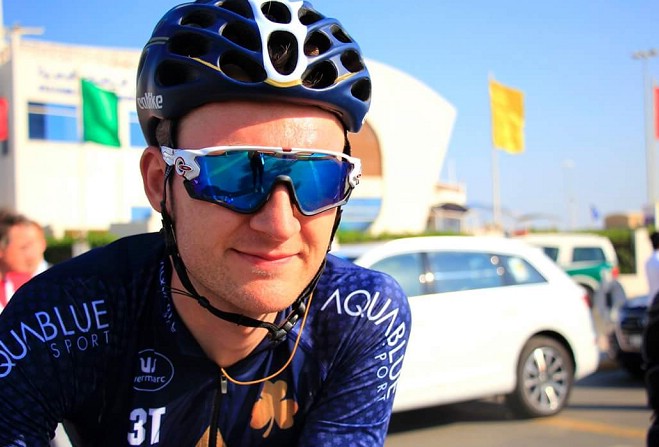 Mark Christian at the Tour of Oman last year

The team folded six months ago, but the UCI is still chasing its backers for cash.

Cycling Weekly says The UCI holds a bank guarantee for all WorldTour and Pro Continental teams to cover the pay for riders and staff in the event of a team folding.

Christian has gone on to sign for Team Wiggins Le Col.

In November, team owner Rick Delaney told Cycling Weekly: "The fact of the matter is that every single rider that was under contract has been paid for 2018 and every rider who was under contract for 2019 has either found something else, or, in the case of Conor Dunne, I have supported."

But the UCI has confirmed that the guarantee was not enough to cover the outstanding payments owed to riders and staff: "The entire amount held by the UCI has been distributed according to the UCI Regulations.

"We can also confirm that the bank guarantee was not sufficient to cover all claims and that amounts were distributed proportionately among riders and staff members.

"The UCI waived most of its normal fees due under its regulations in such instances."

It added: "The UCI can also confirm that it is pursuing the team and the guarantors of the team’s financial wellbeing for the full amounts due to the riders and staff, unpaid fees due to the UCI and unpaid contributions due to the Cycling Anti-Doping Foundation."