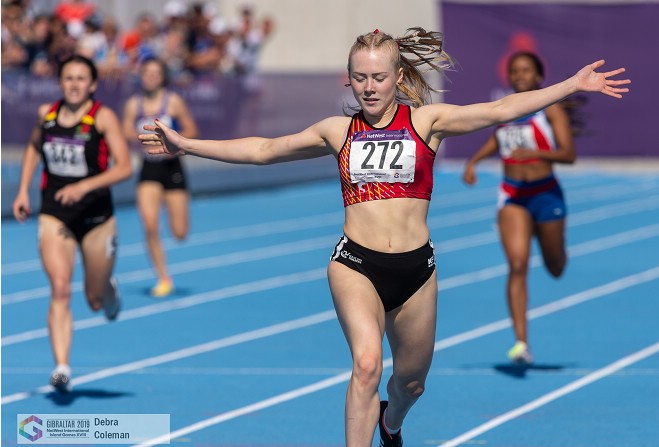 The Isle of Man athletics team had a successful day at the Island Games in Gibraltar yesterday.

Rachael Franklin won gold in the women's 1,500m, following a dominant performance which saw her pull clear of her nearest challenger with 500m to go.

Ashleigh Lachenicht struck gold in the women's 400m as well, running a personal best time in windy conditions as she won the race by 1.4 seconds.

Meanwhile, David Mullarkey bagged a silver in the men's 800m, and Hannah Riley gave herself a birthday present by taking silver in the women's 100m hurdles.

With 22, she now has more Island Games medals than any other Manx athlete.