Back to title chase for Geordies 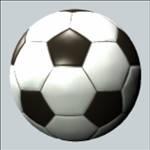 After winning the first major piece of silverware in the Railway Cup Final last Sunday, its back to Premier League action for leaders St. George's.

They face a tough trip to Laxey while Old Boys, who are level on points but have played a game more, go to Castletown.

Vagabonds are at home to Ashton on Mersey in South Lancashire and Cheshire Division One, while in Division Two Douglas travel to Moore and Ramsey make the trip to Marple.

In Hockey, Men's Premier League Champions Bacchas 'A' will be hoping to complete a 100 per cent winning season in their final game of the campaign away to runners-up Valkyrs 'A'.

And Vikings 'A' will be confirmed as Ladies Premier League winners if they avoid a very heavy defeat against Bacchanalians.