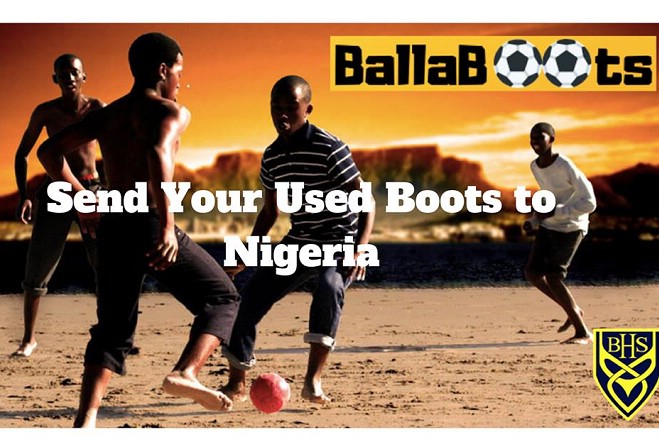 St Georges striker Furo sending boots back to his hometown

One of the most prolific goalscorers on the Island is hoping to lend a helping hand to budding footballers in his hometown.

Furo Davies is sending pairs of second-hand boots to Port Harcourt in Nigeria.

A teacher by trade, Furo's campaign has been named BallaBoots by students in his Ballakermeen High School tutor group.

Having scored 18 goals in 13 appearances for St Georges in the Canada Life Premier League so far this season, he is third in the Manx top flight's goalscoring charts.

The 30-year-old has enjoyed success on a number of fronts since joining the Glencrutchery Road club, and wants to help aspiring players in Nigeria develop their game.

"There are kids out there that play football, morning to night, trying to make it as professsional football players.

"A lot of them don't, but that dream is there. Giving them a pair of boots that will last a year or so will make a massive difference."

Those wishing to donate pairs of boots can find out more by going to the BallaBoots page on Facebook, as Davies now prepares to collect boots from various clubs around the Island.

Once the 100kg-target has been met, the footwear will be sent to Africa and distributed.

"With it going to Nigeria, it's going to have to go through customs which can be quite dear.

"We're asking for any sponsors that would like to help and we can tie their name to some of the pictures and where [the boots] are going."